Skip to content
You are here:HomeCasino El Rancho Hotel and Casino

The hotel and casino that was built on the site of El Rancho Hotel and Casino was originally called The Thunderbird Hotel, and opened in 1948. The fourth hotel ever to open on the Vegas strip, The Thunderbird was built right on the highway in close proximity to the original hotel, the El Rancho Vegas and the second hotel; Hotel Last Frontier. At this stage Vegas was just a small town in the middle of the desert with two hotels and another trying to be built. The war had just ended, and Americans were trying to deal with the backlash. Building supplies were hard to come by, especially in the middle of nowhere, but despite all of this ground was broken in 1946 for El Rancho Hotel and Casino. The name of the new resort was to be Thunderbird, after a local Navajo legend.

The Thunderbird had a totally different interior to the hotels on the strip. Instead of going for a typical carpet joint, the owner and contractor went for a homely feel with three fireplaces in the main reception room. Warm colours dominated throughout, and the walls were covered with Native Indian artwork and portraits.

The grand opening was set for Labour Day in 1948 and offered complimentary play to the other hotel owners to stimulate opening night action on the tables at the hotel. This backfired however, as the other hotel owners won so much money that night that they technically won the entire new hotel. Luckily a compromise was come to, and the hotel remained in its owner’s name. The Thunderbird immediately made itself felt and attracted many people.

Outside the main building was a huge neon thunderbird sign that spewed smoke, adding the excitements. The building was designed around a pool with palm trees, all framed by the desert beyond. In the 1960’s a race track was built behind the hotel called the Thunderbird Downs. The track hosted both thoroughbreds and quarter horses. Many famous performers and movie stars both stayed and played at the Thunderbird in its heyday, including Nat King Cole.

Sadly after its heyday in the 60’s, the Thunderbird changed hands a few times due to the original owners dying and various other reasons. It ended up in the hands of a man called Major Riddle who also owned the Dunes in Las Vegas. The hotel had been sold for much less than the previous owners bought it for as it had become a drain on their bottom line. In 1978, just before its 30th birthday, the hotel was revamped and renamed the Silverbird.

The front facade was changed, but the rear buildings remained the same ones that were built in 1948. The new Silverbird had over 400 rooms and suites and three sparkling new restaurants. The casino floor was also re done and was now 80 000 square feet and offered Baccarat, a sports book, a Poker room, a Keno lounge and a Bingo parlour. 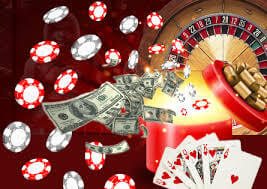 The El Rancho Hotel and Casino